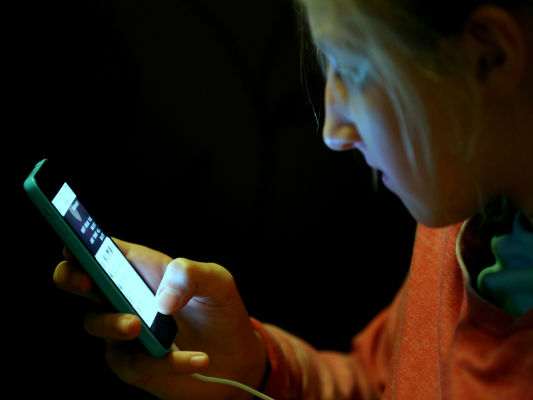 TV makes up the bulk of their viewing time, prompting questions about whether screen time guidelines should be revised.

New data from a longitudinal study of 4000 Australian children shows that 64 per cent of 12 to 13-year-olds spend more than two hours on screen-based activities every weekday.

They average about three hours per weekday and more than four hours a day at the weekend watching TV, playing electronic games, doing homework or surfing the internet.

Just over half of 10-13-year-olds tuned into screens for more than two hours purely to be entertained by TV shows, movies and games on weekdays, with the numbers rising on weekends.

The bulk of the time is taken up by TV, with 12-13-year-olds averaging 116 minutes on weekdays, just three minutes less than the biggest TV watchers – four and five-year-olds.

Manager of the Longitudinal Study of Australian Children, Associate Professor Ben Edwards, said the findings suggested it might be time to look at whether current screen time guidelines for entertainment are realistic.

“We are not calling for a review,” he told AAP.

“We’re saying this is what’s happening out there and letting people form their own views.”

The American Academy of Paediatrics has similar guidelines to Australia on screen time but is expected to revise them later this year.

Research has shown that children who spend too much time in front of screens risk health problems including obesity and issues with their eyes and posture.

Murdoch University researcher in adolescent health, literacy, health promotion and education, Dr Margaret Merga, said the amount of time children spend in front of screens at home is compounded by a rise in computer use at school.

“There needs to be a guideline that encapsulates school and home time because schools don’t tend to put any restrictions on,” she said.

“We haven’t connected those two worlds. It needs to be done.

“Digital literacy is an important skill but we need to balance the risk with the benefits.”

His key tips for parents include making sure devices are used in family areas at home; a ban on devices at meal times; and setting time limits on usage.

The study, which is based on data collected in 2013, found that kids who were subjected to rules about the amount of screen time and those who played sport or took part in art or music activities spent less time in front of the TV.