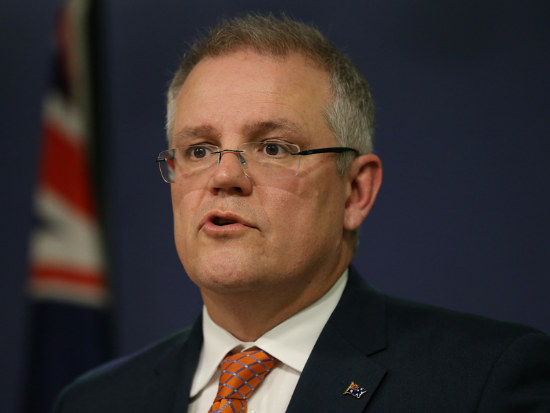 Treasurer Scott Morrison expects Australia’s economic growth rate will still be the envy of the world when he meets his G20 counterparts in China this weekend.

The International Monetary Fund downgraded its world economic growth forecast on Tuesday in response to the fallout from Britain’s decision to leave the European Union.

The revision in the IMF’s update of its April World Economic Outlook unsurprisingly concentrated on advanced European economies, particularly the UK itself.

But countries like China have not only missed a downgrade but showed a modest improvement for 2016 – 6.6 per cent growth rather than 6.5 per cent.

The IMF did not provide an update for Australia.

“Our growth rates are still the envy of the advanced world, in terms of the advanced economies around the world, and I’m sure that will be the case as I meet with my colleagues this weekend,” Mr Morrison told ABC Television on Wednesday.

Commonwealth Bank of Australia strategist Elias Haddad expects the IMF will likely upgrade these forecasts in its October world outlook.

“Australia’s economy is already growing at an above-trend annual pace of 3.1 per cent … and leading indicators are encouraging,” he said.

The Westpac leading index suggested a significant improvement in Australian economic growth over the next three to nine months compared to what it had been predicting previously.

Westpac chief economist Bill Evans said it is now more in line with his forecast for three per cent growth over the next year.

There was also positive news on the employment front, with jobs advertised on the internet rising by 0.9 per cent in June for an 11 per cent pace over the year.

Notably, the Department of Employment’s monthly vacancy report showed a 10.3 per cent spike in demand for machinery operators and drivers, by far the strongest sector among the eight occupational groups it monitors, and 29 per cent higher than a year earlier.

This result ties in with the Australian Industry Group’s manufacturing series, which showed the sector completing a full year of expansion as of June, the equal longest unbroken period of growth in a decade.

In the IMF’s update it said the uncertainty surrounding Brexit is projected to take its toll on confidence and investment.

Prior to the UK referendum in June the world economy had performed better than expected.

But the IMF warns that outcomes could prove deeper in the negative.