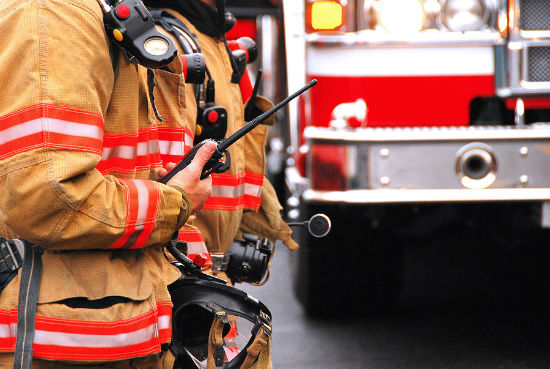 Being emotionally prepared for when a natural disaster strikes could be the difference between life and death.

Strong anxiety, or being scared out of your “wits”, can lead to people making last minute changes to their emergency response plans – placing them in dangerous situations, a study has found.

Being emotionally unprepared makes Australians vulnerable and a “shift” is needed to better prepare for the approaching bushfire season, says Dr Danielle Every from the The Bushfire and Natural Hazards Cooperative Research Centre.

Any logical thinking can be completely undermined by the automatic emotional and physiological response to extreme stress, Dr Every says.

“All of that lovely planning that we do can go completely out the window and suddenly we’re running around trying to remember where we left the car keys,” she said.

According to research presented at Australia’s largest emergency management conference in Brisbane on Tuesday, an inability to manage one’s emotions caused some residents caught up in last year’s destructive Sampson Flat fire in South Australia to either leave late and attempt to re-enter the fire ground too early.

The massive Sampson Flat blaze ripped through communities in the Adelaide Hills in January 2015, destroying 27 homes.

“We had a plan to stay…[but] my wife said ‘I think I’m going to be frightened out of my wits’…and I said okay lets shut up and we’ll go…anyway we woke up about 6 and I said ‘we’ve got to go back’. I didn’t even think about it. How do you so go against all the rules of going into a dangerous area?'” one resident who took part in the study said.

Whilst 75 per cent of the study participants said they were physically prepared, only half, or 53 per cent, felt emotionally prepared.

Of those who did feel emotionally prepared, their plan was to stay and defend their home.

With projections suggesting the number of days classified as “very extreme” bushfire risk to double by 2020, Dr Every says there is a gap in our preparedness that needs to be filled.

“Psychological preparedness can play a key role in us actually being able to carry out a very carefully put together plan and making sure that all that preparedness that we did works.”

Anticipating the emotional response you might experience is an important first step in preparing psychologically for a bushfire.

Learning to manage those uncomfortable feelings, such as anxiety, is more difficult but practising your exit plans might help, although more research is needed, said Dr Every.