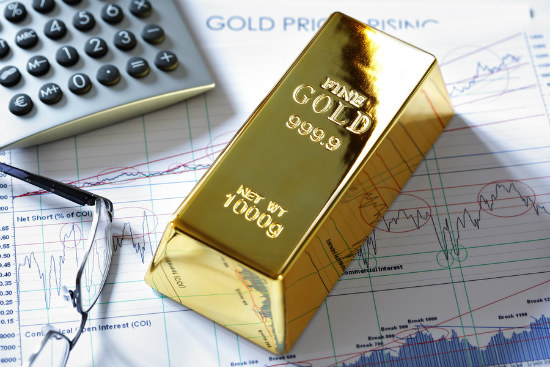 Gold hit its highest in almost six weeks on Tuesday, rising on worries about a potential British exit from the European Union and expectations the U.S. Federal Reserve will not raise interest rates at its June meeting.

Gold priced in sterling hit a near three-year high of 913.09 pounds as the British currency fell to its lowest in eight weeks.

Gold could get a further boost if a vote by Britain to leave the 28-member group, dubbed “Brexit”, pushes Europe back into a recession, analysts said.

“The Brexit vote is obviously key to gold’s appreciation because of the polling suggesting the ‘Leave’ campaign is gathering momentum, creating uncertainty over the outcome,” ETF Securities analyst Martin Arnold said.

Polls and bookmakers’ odds showed a rising chance of Brexit in the June 23 referendum as Britain’s largest tabloid newspaper, the Sun, also said it was backing a “Leave” vote.

Bullion, which is often perceived as a hedge against economic and financial uncertainty, has been driven by rising investor risk aversion before central bank meetings this week.

The Federal Reserve is expected to keep interest rates on hold for at least another month in a two-day meeting that began on Tuesday.

“The second thing is the Fed meeting today and tomorrow … and as long as the Fed is unclear with the timing of the rate hike, that’s a good environment for gold,” Arnold said.

Gold is sensitive to interest rates changes, with increases mostly signaling a rise in the opportunity cost of holding the non-interest yielding metal.

“The ‘no hike’ is likely being priced in but we could see gold hit the $US1,300 level prior to a correction on the way to the next level of resistance at $US1,400,” said Mark O’Byrne, director of Dublin-based gold dealer GoldCore.

The Bank of England, Swiss National Bank and the Bank of Japan will also meet this week, and are expected to hold monetary policies steady given caution about the global economic outlook.

On Monday, holdings in SPDR Gold Trust, the world’s largest gold-backed exchange-traded fund, rose to the highest since October 2013.