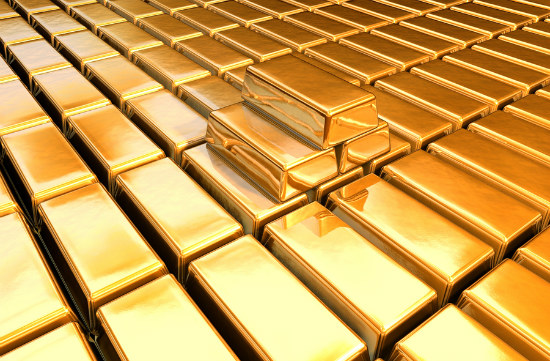 Gold edged higher on Monday as political uncertainty after Britain’s vote to leave the European Union supported prices that had been propelled towards last week’s two-year high by an overnight burst of short-covering activity in China.

The precious metal touched a peak of $US1,357.60 an ounce overnight, less than $US1 below last month’s high.

Silver benefited from a surge of buying in China, rising more than 7 per cent at one point and breaking above $US21 an ounce for the first time in two years. The metal has also benefited from strong technical signals.

“The Brexit vote caused uncertainty and most people don’t like that,” Commerzbank analyst Carsten Fritsch told the Reuters Global Gold Forum on Monday.

“Uncertainty leads to volatility in financial markets and to a rush into safe havens such as bonds and gold.”

Analysts warned, however, that caution is likely to persist through the week with the Bank of England’s quarterly financial stability report scheduled to be released on Tuesday, the June U.S. Federal Reserve meeting minutes due on Wednesday and U.S. jobs data on Friday.

Holdings in the world’s largest gold-backed exchange-traded fund, SPDR Gold Shares, rose by 3.9 tonnes to 953.91 tonnes on Friday, the highest since July 2013.

In the first six months of the year its holdings rose by 308 tonnes, its biggest half-yearly increase in seven years.

The U.S. markets are closed on Monday for the Independence Day holiday.

Silver was up 2.9 per cent at $US20.31 an ounce, benefiting from a perception that it offers good value compared with gold.

The gold/silver ratio, which measures the number of silver ounces needed to buy an ounce of gold, fell to a two-year low on Monday as silver extended gains after its biggest weekly rise in nearly three years.

The Shanghai Exchange Futures went limit up overnight, with onshore players having covered short positions aggressively in the past few days, especially on Monday, one analyst with an international investment bank said.

“There is a little bit of a two-way battle going on in silver with a number of players going short in China,” the analyst said.

Hedge funds and money managers raised their bullish positions in COMEX gold and silver contracts to record highs in the week to June 28.