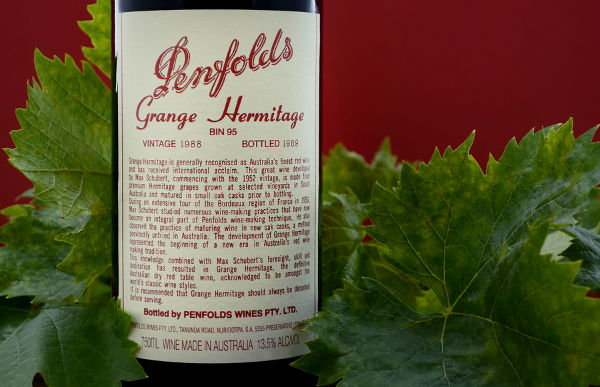 It’s a big bottle at a big price.

The latest luxury offering from iconic Australian winemaker Penfolds – a six-litre bottle of Penfolds Grange 2012 in a hand-crafted crystal pouring cradle – will set you back $185,000.

And, they are very rare. There are just five of the imperial – or six-litre – bottles of Grange 2012 and their accompanying service vessel.

If you want one of these rarities, you’ll need a big place to put it and strength to lift it. The crystal pouring cradle is almost one metre high and weighs 50 kilograms.

The statuesque cradle, called the Penfolds Aevum Imperial Service Ritual, was made by French glassmaker Saint-Louis and designed exclusively for the 2012 Grange imperial.

Wine supplier Treasury Wine Estates, which owns the Penfolds label, says it is the first time that Grange has been released in six-litre bottles.

“We’ve been working on it (the release) for a couple of years, and we were looking for something to do it justice in releasing it in a special form,” Mr Marton said.

“We came across Saint-Loiuis, one of the oldest glassmakers in Europe, one of the best crystal houses in the world.

“So, we came together and created this quite unique, spectacular crystal device. It’s very striking.”

Mr Marton said the 2012 Grange imperials and cradles were extremely collectable given their scarcity.

Penfolds expects to take expressions of interest from the small group of its best customers around the world.

“There’s a lot of interest any time that Penfolds comes out with one of these collector’s pieces,” Mr Marton said.

If you can’t afford an imperial of Grange 2012 and cradle, a 750ml bottle is being released with a limited edition sculptured decanter made by Saint-Louis.