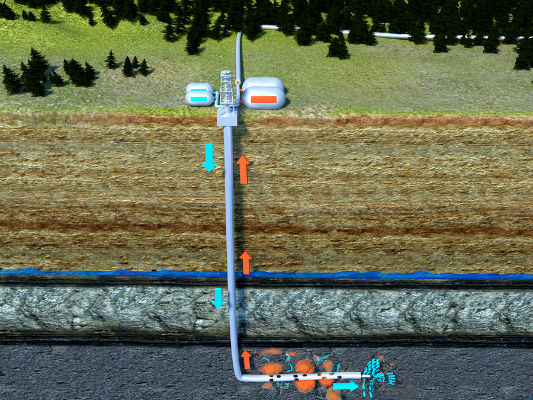 Australia’s peak gas body says Victoria’s ban on fracking is bad policy that it fears could spread to other states.

The Victorian government is set to prohibit the exploration and development of all onshore unconventional gas in the state, a move it says will protect farmers.

Australian Petroleum Production and Exploration Association chief executive Malcolm Roberts said the Victorian government has given into activist pressure, and the ban could hurt the state in the long term.

He is also concerned other states may follow Victoria’s lead.

“If the political system in Australia can’t accommodate an honest and factual debate around unconventional gas in the long term we will have little gas along the east coast because most of the reserves we have are unconventional.”

Almost 80 per cent of Victorian households use gas, and the state’s industrial manufacturing sector largely relies on gas, he said.

“If you’re making bricks or glass and other high temperature industrial processes, gas is the only the fuel that can generate the high temperatures needed to make those products,” Dr Roberts said.

Victoria’s ban comes despite warnings from the Australian Competition and Consumer Commission of a potential national gas shortfall as early as 2019.

Amid a shift away from coal-fired power stations and towards renewables, Dr Roberts said gas is the only reliable energy source to keep the lights on when the wind is not blowing and the sun is not shining.

That makes it critical to develop new reserves and to use unconventional methods like fracking, he said.

Environmental groups argue fracking can contaminate soil, water and air, and swapping one fossil fuel for another is not the way to tackle climate change.