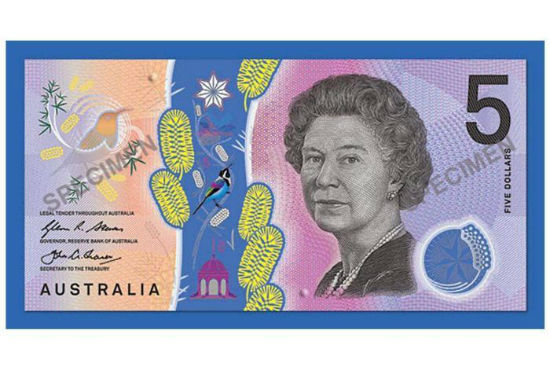 For NSW teenager Connor McLeod, the release of the new five dollar note means more than a fresh coat of paint.

The 15-year-old, who is visually impaired, once avoided using banknotes, instead turning to coins that are distinguishable by touch.

But a new tactile feature on the next generation of five dollar notes, due to be released into circulation on Thursday, means he and almost 360,000 other visually impaired Australians will be able to distinguish between different denominations of banknotes.

“We have braille on toilets, we have tactile features on bus stops, but we don’t have it on our national currency, and that is something we use everyday,” Connor’s mother Ally Lancaster told AAP.

Connor and his mother, from the NSW Central Coast, started a petition in 2012, calling for tactile markings to be included on the reprint of banknotes after Connor was unable to tell how much money he received in a Christmas gift.

“Usually I am pretty well on top with this stuff but money is just something I didn’t even really consider,” Ms Lancaster said.

“If I gave him a note he would ask for coins instead and I never thought there was a reason behind it until that Christmas.”

The petition, started in 2013, collected more than 57,000 signatures and gained bipartisan support from both Labor and Liberal members, according to Ms Lancaster.

She said both she and Connor were “overwhelmed” by the support.

Vision Australia’s lead policy advisor Bruce Maguire said the note will give those who are blind or vision-impaired the ability to identify currency accurately and confidently for the first time.

“I think the introduction of the tactile feature on banknotes is the biggest inclusive effort that I have seen in my lifetime,” he said.

“None of us who are blind have been able to identify notes accurately by touch before and that is something that everybody takes for granted.”

While there are devices to measure the size of banknotes, Mr Maguire said they have “limitations”.

“Particularly in situations when you are in a shop … you really don’t have time to get out your plastic device to sort things out,” he said.

The new five dollar note will feature a single raised dot – the size of a ‘hundreds & thousands’ sprinkle, on each of the long sides of the note.

The Reserve Bank of Australia will eventually release all bank notes, each with a different number of raised dots in accordance to the denomination.

Despite the advancement, Mr Maguire said there are still many barriers vision-impaired people face, especially with the rise of touchscreen technology.

“There is a real danger for people who are blind or vision impaired that they are going to be excluded from many aspects of life if there isn’t a greater awareness and commitment to making those products accessible,” he said.