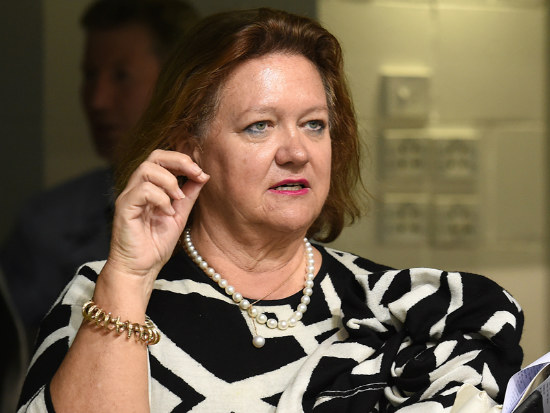 Billionaire Gina Rinehart is ranked the world’s 51st most powerful women despite her fortune being hit by weak iron ore prices.

But, the Perth-based iron ore mining magnate’s ranking on this year’s Forbes list has slipped 14 places from her previous spot.

Her total wealth is now valued at $9.9 billion thanks largely to her Hope Downs joint venture mine with Rio Tinto. She was worth more than $20 billion in early 2014.

Forbes said the chairman of Hancock Prospecting remained Australia’s richest person despite the plunge in iron ore prices and a legal dispute with two of her children.

“Gina Rinehart is Australia’s richest citizen, despite her fortune being hit by falling iron-ore prices in recent years,” Forbes said.

“The biggest piece of her fortune comes from Hope Downs, a joint venture mine she has with Rio Tinto.”

The other piece of her fortune is the new Roy Hill iron-ore mine in the Pilbara region of Western Australia which began shipping iron ore to Asia in December 2015, Forbes said.

The Roy Hill project expects to be shipping 55 million tonnes of iron ore by the end of 2016.

Ms Rinehart, 62, also owns a stake in Ten television network and is now the largest owner of prime wagyu cattle in Australia.

She is the only Australian and the only miner on the Forbes list that’s determined by money, media presence, influence and impact.

The latest BRW 200 Rich list recently said Ms Rinehart’s wealth had more than halved to $6.06 billion in the year to May, pushing her down to fourth on that list after five years at the top.