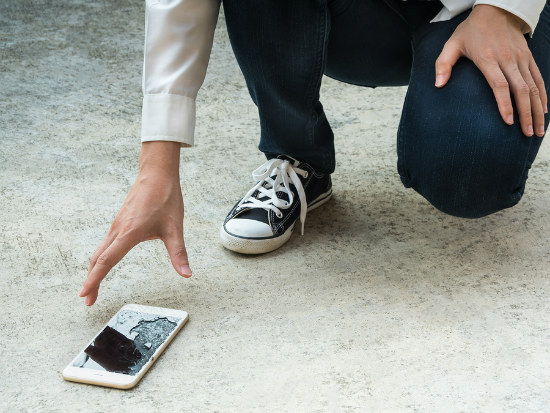 A lack of co-ordination is killing our smartphones, with one-in-three Australians admitting to smashing their screens.

And one-in-four have lost their phones and while 30 per cent find one, it’s not necessarily their own, according to a survey of about 1000 people by comparison website finder.com.au.

Careless phone culprits are more often than not Gen Y (roughly 20s to 30s), with almost half of them smashing their screens.

The bathroom has proved a notorious danger zone for the phone with people almost as likely to flush their phones as they are to have them nicked.

The survey found 11 per cent have dropped their beloved technology in the toilet while one-in-ten have lost their phone to a thief.

“The time and expense of dealing with smashed screens, lost handsets and flushed gadgets can be a major stress,” finder.com.au telco expert Alex Kidman said on Wednesday.